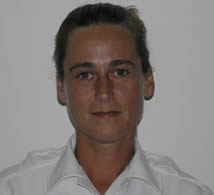 Deputy Powers is survived by two children and her husband, who works as a Detective with the Homestead Police Department.

Deputy Powers was hired by the Monroe County Sheriff's Office in December of 2006 as a road patrol deputy working in the city of Marathon. In February of 2010, she transferred to road patrol in the Key Largo area. Prior to working for the Sheriff's Office, she worked for the Florida Department of Corrections.

Monroe County Sheriff's Deputy Nick Pham was killed in the line of duty on November 26, 2008 in a traffic accident. Deputy Pham was on duty, on traffic patrol, when his patrol car collided with a semi-tractor trailer truck at the 62 mile marker of highway U.S. One at 12:20 p.m.

Deputy Pham worked for the Sheriff’s Office since he was hired on September 15, 2004. He was initially assigned to road patrol in the upper Keys in Sector 7 – the Key Largo area. In July of 2006, he transferred to the Traffic Enforcement Division, working traffic enforcement county wide. He leaves a wife, Jackey, and children who live in Homestead. Deputy Pham worked for the Florida City Police Department and the Dade Correctional Institution prior to working for the Monroe County Sheriff’s Office.

Deputy Pham is the sixth Monroe County Sheriff’s Deputy to be killed in the line of duty; he’s the fourth to be killed in a traffic accident in the last 20 years, including Deputy David Cormier, killed in November of 1989;  Deputy Michael Alexander, killed in May of 1998; and Deputy Robin Tanner, killed in December of 2007. 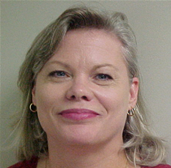 Monroe County Sheriff’s Deputy Robin Tanner was killed at 7 a.m. December 13, 2007 in a single vehicle automobile accident as she was responding, on duty, to a medical call.  She was responding to a report of a woman not breathing in the vicinity of 119th Street in Marathon. The single vehicle accident took place near 90th Street. She was rushed to Fisherman’s Hospital where she was declared deceased a short time later.

Deputy Tanner was assigned to the Marathon area as a patrol officer. She was 47 years old at the time of her death.

She first came to work for the Sheriff’s Office in January of 1987 as a Records Clerk. She attended the Law Enforcement Academy at Florida Keys Community College’s Institute of Criminal Justice in 1988 and shortly thereafter became a patrol officer. She worked in the lower Keys until she resigned in June of 1991. She returned to work for the Sheriff’s Office in June of 2004 and worked in the middle Keys as a patrol officer until her death.

Deputy Michael Alexander died in a traffic accident while on duty working for the Monroe County Sheriff's Office. He had just left roll call at the Plantation Key Substation and was en route to his duty station at the Ocean Reef Community. For some reason, he had pulled off the highway and onto Val Jean Way, in Tavernier. He was stopped at a stop sign at Val Jean Way and Highway U.S. One when he pulled out into the path of an oncoming semi-tractor trailer truck. He was broadsided on the driver’s side by the truck.

Prior to working in the Florida Keys, Deputy Alexander worked for the Miami-Dade Police Department for 16 years. He left that department as a Lieutenant. 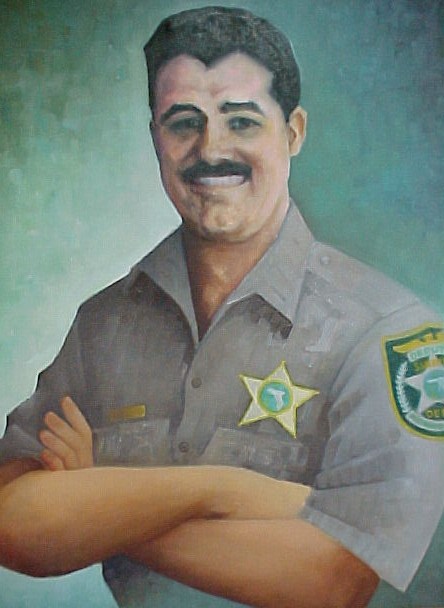 David J. Cormier, a reserve deputy for the Monroe County Sheriff’s Office, died November 19, 1989, from injuries he received when the patrol car he was riding in collided with a pick-up truck.

The collision occurred about 10:55 p.m., on U.S. Highway 1 on Plantation Key at Mile Marker 87.5. Deputy Joseph Ferraro and Reserve Deputy Cormier were responding to a back-up call from another deputy. Patrick Walter from Davie, Florida, had just left the parking lot of the Islamorada Inn in his 1973 Chevrolet pick-up truck when, according to the Florida Highway Patrol, he "failed to yield the right of way" to the patrol car, which had blue and red lights flashing. Deputy Ferraro swerved to the left in an attempt to avoid the accident, but collided with the left side of the pick-up truck.Deputy Ferraro sustained head and neck injuries and was transported to Baptist Hospital and has since made a full recovery. Patrick Walter died at the scene of the accident and Reserve Deputy Cormier was stabilized at Mariners Hospital before being airlifted to Jackson Memorial Hospital in Miami, where he died during surgery at 2:30 a.m. the following morning.

Reserve Deputy Cormier was the third deputy to be killed in the line of duty in Monroe County. David Cormier, 31, an official with TIB Bank of the Keys, participated in civic projects and volunteered to work at community events. He was an active member of the Upper Keys Jaycees. He also volunteered to set up a computer system for the Key Largo Chamber of Commerce.Reserve Deputy David Cormier graduated from the Reserve Deputy Academy in June, 1989, and is survived by his parents, Curtis and Lilian; and his sister, Andrea, who continue to live in David’s native Michigan. (1997). 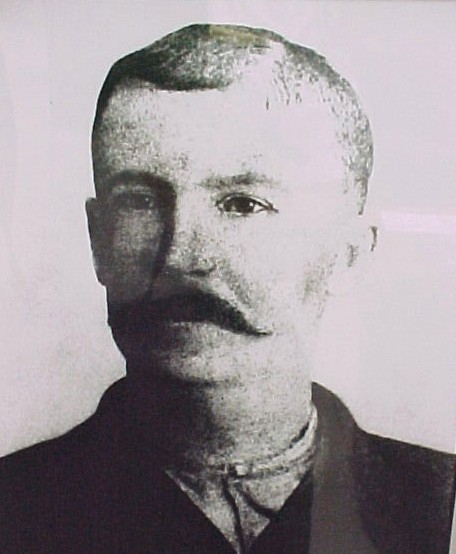 Guy M. Bradley was one of the country’s first game wardens. He was hired in 1902 by the American Ornithologist’s Union at the request of the Audubon Society. He traveled to Key West shortly after taking the job and was deputized by the Monroe County Sheriff’s Office so he would have the authority to arrest those hunting illegally. He was shot and killed July 8, 1905, while attempting to arrest men for killing Egrets in the Everglades.

According to a number of historical accounts, Walter Smith, a well-known plume hunter, sailed to Oyster Keys Rookery. In sight of Guy Bradley’s cottage, Smith’s son Tom and a friend went ashore and started killing Egrets. Smith was reportedly angry with Bradley for arresting Tom on two previous occasions. He had threatened to kill Bradley if he ever attempted to arrest him or any of his family again.

After hearing the gunfire, Bradley approached Smith in his skiff in an attempt to arrest the son and his companion, who were loading dead plume birds onto their boat. There was a subsequent confrontation. Smith claims Bradley fired his gun first, hitting his boat. Smith shot and killed Bradley with his rifle.

Smith turned himself in to authorities in Key West the following day. Bradley’s body was found by his brother, still adrift in his skiff. Smith spent five months in jail because he couldn’t make the $5,000 bond. He was found not guilty of murder after the grand jury reportedly found there was insufficient evidence to convict him, this despite evidence presented to the jury that Bradley’s gun had not been fired.

Bradley was buried on a shell ridge at Cape Sable overlooking Florida Bay. A monument was erected by the Florida Audubon Society. The grave was later washed away during Hurricane Donna in 1960.

Bradley’s original gravestone was recovered, and is on display at the Flamingo Visitor Center. A plaque was also dedicated to Bradley's memory, and reads: "Audubon warden was shot and killed off this shore by outlaw feather hunters, July 8, 1905. His martyrdom created nationwide indignation, strengthened bird protection laws and helped bring Everglades National Park into being."

Frank Adams, a deputy sheriff for the Monroe County Sheriff’s Office, was shot and killed in the line of duty October 7, 1901 while attempting to arrest a man who had interfered with him in the discharge of his duty.

The shooting occurred after two drunken men started fighting near Jackson Square in Key West. They separated and one of the men began to use profane language as he walked up Thomas Street. Deputy Adams, who was sitting near the corner of Southard and Thomas Streets, arrested the man and attempted to take him to jail, but the man resisted and Deputy Adams called out for assistance.

Two men named Fleming and Gabriel took hold of the man to assist the deputy. Another man pushed some bystanders aside and said that he would not allow them to arrest his brother. Deputy Adams released the first man he had arrested and grabbed the man who interfered. They began to struggle, and after a short scuffle a pistol shot rang out. When the first shot rang out all the bystanders with the exception of one, a mate on the steamer Laurel, ran away; the two men holding the arrested man let him go and fled also.

Adams had been shot in the arm, and he fell to the ground, with the man who shot him falling on top of him. Adams was shot several more times, with one bullet hitting him in the left chest, penetrating his heart and another wounding him in the face. After shooting Adams, the man got up and ran down Southard Street toward what was then the Government Reservation.

A large crowd soon gathered around the body of Deputy Adams and the mate from the Laurel - the only one to stay at the scene. The mate told the crowd how the murder had happened. Deputy Adam’s body was taken home. The following day the shooter, Robert J. Frank, was caught and identified by the mate from the Laurel as the person who shot and killed Adams. He was arrested for and charged with murdering the deputy. At the preliminary hearing Robert Frank admitted to the shooting and said that he was sorry for it. He said that had anyone attempted to arrest him, he would have shot them as well. When searched he had some empty cartridges and a loaded pistol, with extra ammunition in his pocket.

Frank Adams was born to William and Miranda Adams July 12, 1859, one of six children. He and his wife, Clementine in turn had six children, Lillian (died 1957), Lenora (died as a toddler), Willard (died 1918), James (died in the 1940s), Gladys (died in the 1930s) and Bernard (died in the 1980s). Gladys married William McGee and had one child, Wilhelmina. Gladys died when Wilhelmina was very young and the child was raised by Lillian. None of Frank’s other children had any offspring. Wilhelmina was his only grandchild. Wilhelmina married and had two girls, Lillian and Angela. Lillian, who lives in Atlanta, Georgia has one son, William, and one grandchild, Alexa. Both William and Alexa live in Miami, Florida. Angela has one son, who just returned from duty in Iraq and is stationed at Hunter Army Airfield in Savannah, Georgia.